20 Things You Didn’t Know about BAPE

BAPE is a streetwear brand that originated in Japan. They specialize in selling branded hats, hoodies, shoes, and everything else that you need to complete your cool and relaxed look, with a unique and one-of-a-kind styling and a logo that has most people scratching their heads. If you’re not that familiar with the BAPE brand yet, here’s your chance to learn all about it with our gift of 20 things you didn’t know until now.

The brand started out as a single store under a different name that Nigo called Nowhere. He and high school buddy Jun Takahashi started the business in Harajuku. Jun was best known for his Undercoversim fame.

2. BAPE is an unusual acronym

The name of the brand is an acronym for Bathing Ape Hoodie. If you didn’t know that don’t feel bad because it would be tough for anyone to figure that one out unless they were told. Now that you know what it stands for, there’s a lot more to know about the company and the logo.

3. The brand has a long and double meaning

The intention behind the name of the brand has two meanings. The acronym for starters really stands for A Bathing Ape in lukewarm water. The meanings behind the rather long brand name include a reference to the classic movie “Planet of the Apes.” The second meaning of the name is taken from Japanese culture and it’s something that people from the outside might not readily understand. It alludes to a bathing method that involves bathing in water that is heated to 104 degrees Fahrenheit. As you sit in the water for an extended period of time, it cools to a lukewarm temperature. This is a form of overindulgence and laziness. The name points out that the current generation of Japanese youths have grown lazy and they love to overindulge in luxury and these are the people who are purchasing the brand. When you analyze it for a few moments, it makes perfect sense.

4. BAPE started out as an underground brand

The BAPE lines of streetwear began as an underground brand that maintained a low profile in the early days. They kept the volume of sales down and they didn’t advertise in the usual ways. It wasn’t until 2001 when they began collaborating with the Pepsi brand that the image of the brand and the name became well known in Japan. When this happened, BAPE appeared everywhere. It was an instant transformation as they stepped into the spotlight.

BAPE remained largely a brand that was popular and distributed in Japan until 2003. Nigo and Pharrell Williams became friends and the two collaborated to introduce the brand to the United States. With Pharrell backing the brand, it became a thing in the hip-hop scene.

6. Nigo needed coaxing to lift the limits on the export of BAPE

Most people are not aware of the fact that Nigo was initially resistant to marketing the brand in America. Before his association with Pharrell, he had the notion that any marketing to the United States would create a “mass market” atmosphere and this just wasn’t something that he had envisioned for the brand. Nigo lifted the limits that had previously been placed on the brand and for a brief period of time, the brand experienced great success, but this would only continue for a few short years.

7. Raising the supply limits on BAPE had a negative effect on demand

Nigo’s original strategy was working very well for BAPE. They kept the supplies low and there was always a decent demand for them. When supplies were increased, this is when they began to lose steam. The company experienced a devaluation because of a reduction in demand.

Nigo’s name is really Tomoaki Nagao. He was born in Maebashi, Japan in 1970. He’s led an interesting life that includes designing for Human Made and Billionaire Boys Club brands. He also has an MTV Japan show, is the owner of a record label, and has been a DJ for the Teriyaki boys.

9. BAPE went from being ultra-cool to the butt of a joke

The brand had a heyday in 2006. It became really popular among rappers. The thing about it that drew them in was the hoodies with their loud patterns and the printed jeans. The sneaker colorways were also unique for their time, but the brand didn’t evolve and found itself stuck in a time warp and it became highly dated as streetwear. The lack of freshness in design and failure to keep up with the changing trends in style caused it to become severely dated. It wasn’t a situation that led to nostalgia as much as it became a stagnation and people wearing the brand stood out as being somewhat dated and behind the times. It was comparable to wearing last year’s fashion again to a new and trendy event.

The BAPE brand is marketed under the parent company Nowhere Co. Nigo sold a 90% share of Nowhere Co in 2011. This transferred the controlling interest to the new owners. It was reported that the total amount of sales for the brand was $2.8 million. He agreed to stay on as the principal designer of the brand for the new owners for a minimum of two years.

11. The company is Japanese but that’s not where it’s made

Even though Nowhere Co and the BAPE brand are Japanese, most of the products are actually manufactured in China. Of course, this is where the company can get the labor for a rate that they consider to be reasonable.

Many people have wondered why BAPE streetwear is so expensive. It’s not considered to be an exceptional label in Japan, the country of its origin and the quality of the products are good, although nothing is out of the ordinary. One of the reasons why it’s so expensive is because of all the hype surrounding it and the marking. There are a few BAPE items that sell out quickly and they’re hard to keep in stock. The high demand is what allows the brand to raise the price and as long as people are willing to pay the price it’s going to stay high.

13. There are a lot of BAPE knock-offs out there

As with most expensive brands, counterfeiters are out there trying to make a buck by passing off copies as the real thing. You have to be careful and know your products so you don’t get suckered. When you compare a knockoff with a genuine article, there will be differences. If you’re going to pay $300 for a pair of sneakers that have been made in China you want to make sure that you’re getting the genuine article before you put the money down.

14. Camo is their thing nowadays

BAPE has amazing synergy with other brands. They offer some interesting designs that are fun and reminiscent of childhood, such as stars on the sneakers, clothing, accessories that have gorillas on them, hoodies with sharks, and so forth. Their current lines offer a lot of fun images and people like them. People who are fun-loving and enjoy casual and unusual designs that remind them of their childhood are seriously drawn to BAPE.

16. People either love BAPE or they hate it

There are some serious fans of the brand who are happy to shell out high prices for streetwear. To them, it’s worth the expense. For as many as love the brand, there are also a number of haters out there who despise it. BAPE gets a fair amount of attention these days. Some of it is positive and some of it is not. Even when people are trash-talking the brand, at least they’re talking about it.

There are people who wear BAPE brand streetwear because of the feeling that it gives them. They’re not necessarily all trying to make any kind of a statement or to impress anyone. Just like you have any favorite brand because it’s familiar and reminds you of a good period in your life, you’re drawn to it and it’s what you want to wear. These are the people who know the history of the brand as it relates to them personally and they appreciate it by remaining loyal.

18. BAPE isn’t about being trendy

While there are some who do think that the BAPE brand is trendy, the majority do not. It had its heyday and then went through a slump. The truth is that it’s always had a loyal following, even though the numbers may have dwindled from time to time. It’s not the trendiest brand on the market, but it does serve a niche that continues to deplete the shelves of certain branded items. Pharrell’s involvement generated a lot of hype with certain audiences in the United States, and it created an explosion of interest that would not sustain itself through changing times, at least not at the rapid growth it had seen during those first few years, but it rather, took a decline. BAPE was trendy for a brief period of time, but it’s really just a designer brand that has become a favorite for some.

19. Khalid is one of the forever fans

Singer Khalid got hooked on the brand and he’s one who simply doesn’t have enough of the brand’s shoes to satisfy his desires. He’s even talked to them about getting some Bathing Apes that are from the Soulja Boy era. If Khalid is still a fan, we know there are plenty more who feel the same way. He’s a good example and representative of a larger niche that is happy when they have a good supply of BAPE shoes or other items in the line. When you find something you love, really, there is no substitute. It’s like having an old favorite pair of shoes and when they wear out, a new brand doesn’t fit the same and it doesn’t conjure the same feelings on an emotional level that the old ones did.

20. BAPE isn’t for everyone, but it’s still an essential

BAPE is an interesting brand to discuss because there is such a mixed bag of reviews about streetwear. For those who love the brand and appreciate its history, those feelings aren’t going away because of new trends in streetwear. It’s about what you identify with and clothing is very personal. There are a lot of reasons why people have something less than flattering to say about the brand. BAPE certainly isn’t for everyone and there are plenty of consumers who make this clear but for the rest of the consumers who continue to deplete the shelves of products, BAPE is a line of essential streetwear. 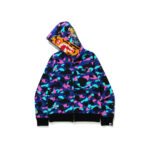 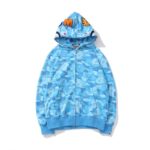 Next Article BAPE Apparels For A Bathing Ape Fans

Post Views: 75 Ariana Grande Merch Shop is a new online store that offers merchandise for fans of the singer. The store has a wide […]

How Do I Find Hindi Pandit in Bangalore For Marriage Puja?

Post Views: 49 Marriage is also termed Vivah, which means it is made of two words, Vi and Vah stand for “specially” and “travel with […]

Post Views: 51 Kid Cudi’s one of the hottest rising rappers on the scene today, and his apparel line has gotten just as popular as […]

Post Views: 65 Kanye West is one of the most famous and influential rappers in the world. His music, style, and persona have made him […]