Photography Basics: The propagation of light

This happens because a ray of light becomes wider the further it gets from its source. Once at 2 meters from its source, a light beam covers 4 times more air than it covered at 1 meter and consequently produces 1/4 of the brightness it developed at that distance.

On the basis of these calculations, it is clear that the decay of a light beam is the slower the further one is from its source.

The inverse square law becomes less relevant the closer a projector gets to a linear light emission, that is, made up of parallel light beams. For this purpose, Dedo Weigert Film produces the Parallel Beam Attachment for its projectors, an optical add-on capable of focusing the light emission to make it as linear as possible. The same company also produces an asymmetrical projection illuminator, capable of emitting a beam of light that intensifies towards the lower part of its projection; this projector was designed for museums, to illuminate paintings from above in a homogeneous way. Even if minimally, even the piano-convex and Fresnel lenses, as well as the grid modifiers, are able to mitigate the effects of the inverse square law. Unfortunately it is impossible to create a perfectly linear beam of light as each type of wave is subject to the phenomenon of diffraction; a laser beam, therefore, is also a divergent beam of light.

To hide the effects of the inverse square law there are some tools:

Scrims, also called mesh filters, are metal mesh circles used to reduce the light output of projectors. They are available in various diameters to be mounted on different types of illuminators and are produced in 1/2, 1 and 2 Stop intensity.

The partial scrims are only partially occupied by the metal mesh, they let part of the light emitted by the projector pass through them freely. The purpose of these accessories is to transform a normal illuminator into an asymmetrical projector. The most common partial scrims are the half scrims, which dedicate half of their useful surface to the shirt.

Graduated scrims are partial scrims that contain in succession two or three strips of meshes of different density, so as to provide a different level of dimming to different portions of the light beam.

All types of partial scrims can be used to balance the exposure between subjects closest to the light source and those further away, but also simply to mask the decay of the light beam projected by a point illuminator.

The texture of the scrims may be visible on the illuminated subject if it is particularly close to the light source. It should also be considered that the use of a scrim limits the ventilation inside the projector and consequently reduces the longevity of the bulb used.

Scrims are also available in the form of flags, always in 1/2, 1 and 2 Stop grades.

Only DZOFilm produces them that can be used on illuminators rather than lenses. Compared to scrims, they offer a much softer transition between the part where the light is passed and the part where it is filtered, thus favoring the naturalness of the results. Being lenses and not metal meshes, ND filters are not likely to cast shadows on the subject. Of course, while a scrim is a cheap accessory, a graduated ND filter can cost even more than a photographic lens.

As the new brand in the cine lens market, DZOFILM desires to build up an unique brand image combined with fashion and professional. Equipped with strong and solid optical foundation from our industrial machine, DZOFILM cinema lenses are able to convey excellent image with its own texture and feeling. 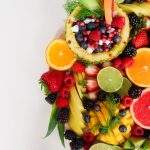 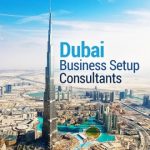 05 Reasons Why Wholesale Custom Hats Are Great For Branding

Post Views: 285 There are many benefits of using wholesale hats for brand promotion! If you have never used custom hats before for branding, try […]

Post Views: 552 We all are waiting for the new year celebration when we can make a fresh start with our family and friends. It […]

8 Shelf-Stable Flowers To Order For Your Loved Ones

Post Views: 356 One of the best ways to show someone you care is by sending them a beautiful bouquet. But sometimes, it can be […]

Mesmerizing range of cakes for parents and family

Post Views: 280 We all are very well aware of the rituals. We also know the fact of ending the celebration with something sweet. Therefore […]