What Is Paediatric Pulmonology?

Before we get to know about pulmonologists, let’s understand paediatric pulmonology. It is the branch of medicine that deals with the treatment of respiratory and related ailments in children. The respiratory problems that come under the field include asthma, lung cancer, common cold, wheezing, apnea, reactive airway disease, pneumonia, bronchitis, tuberculosis, and other ailments. Hence, this medical field essentially involves the correct diagnosis and treatment plan for newborn babies, infants, and children with past or current cases of respiratory problems. It involves holistic care, including rehabilitation, counseling, and treating kids close to death due to lack of proper healthcare facilities.

Who Is a Paediatric Pulmonologist?

What Conditions Come Under A Paediatric Pulmonologist’s Scope?

Asthma: The lungs and airways may get inflamed due to certain triggers causing swelling and excessive mucus production. Your child may experience difficulty in breathing, chronic coughing, and wheezing. A paediatric pulmonologist will prescribe oral medications and inhalers to ease down the symptoms.

Apnea: Pauses in the breathing of more than 15-20 seconds in newborns is known as infant apnea. With the help of a paediatric pulmonologist, the family of the newborn can learn effective methods such as CPR to create a safe environment till the apnea goes away.

Sleep Disorders: When the airway collapses while sleeping, it may result in brief pauses known as obstructive sleep apnea. Your child may wake up several times to breathe normally to counter the drop in oxygen levels. A paediatric pulmonologist will diagnose the condition and prescribe CPAP or BiPAP machines to help your kid sleep better and breathe normally.

Cystic Fibrosis: It is a genetic or hereditary disease where excess mucus production clogs airways and traps germs in the lungs. Hence, kids with cystic fibrosis may have trouble breathing and frequent lung infections. The specialist can prescribe proper medication and teach effective therapies that can be done at home to manage mucus and clear airways.

When To See A Paediatric Pulmonologist?

A lot of kids can be treated on time with proper awareness about respiratory conditions and specialists available for curing such ailments. Hence, do visit a paediatric pulmonologist if your kid complains of breathing issues or suffers from frequent lung infections. 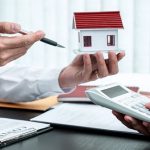 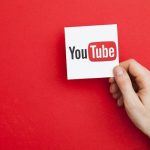 Post Views: 927 Zumba Dance gives you both psychological and physical benefits for a long time. Are you ready to know more about Zumba Dance […]

Post Views: 893 Which greens are better? Among greens occupy a particular place: Extend Strength in Men Parsley (normalizes and increases the number of male […]

14 Chair Exercises And How To Get Started

Post Views: 970 Yes! Chair exercises are real! Not able to visit a gym? Unable to go out for a walk as a result of […]