A new GE Digital product will use artificial intelligence (AI) and machine learning (ML) to improve the operation of gas turbines, resulting in lower fuel consumption and lower emissions.

In its announcement, GE Digital stated that turbines “require seasonal adjustment of flame temperatures and fuel splits, which is typically a manual process performed by an expert after an outage and may take a few days to complete.” Manual seasonal tuning, on the other hand, is only effective for the specific conditions under which it was completed and does not respond to changes in ambient temperature or fuel properties.”

According to GE Digital, its Autonomous Tuning software employs artificial intelligence (AI) to “build a machine learning (ML) Digital Twin model of a gas turbine to continuously find optimal flame temperatures and fuel splits to minimize emissions and acoustics.” Changes in ambient temperature, gas fuel properties, and degradation are detected by the on-premises software, which sends real-time automatic adjustments to the controls every two seconds.”

According to the company, power plants that use the software will have an improved emissions profile, with reductions of 14% in carbon monoxide, 10% to 14% in nitrous oxide, and 0.5% to 1% in fuel and carbon dioxide.

“With Autonomous Tuning, GE Digital has introduced a practical industrial example of machine learning in closed loop supervisory control, all running at the edge,” said Joe Perino, Principal Analyst at LNS Research, in a news release. “This is a real-world application of artificial intelligence for decarbonization, with tangible reductions in emissions and fuel consumption for gas turbine operators.” This, along with other subsystem building blocks, is a step toward autonomous operations.”

The goal of GE Digital’s Autonomous Tuning software, according to the company, is to allow for the tracking of a turbine’s “sweet spot,” where it operates with low acoustics and low emissions, “in response to changes in environmental conditions, fuel properties, or physical degradation, and reduce the need for seasonal remapping.” The software, according to the company, is applicable to any OEM gas turbine platform and “also fully bound by the turbine controls system’s safety-critical programming” to ensure it does not harm the turbine.

“As the world seeks to produce energy from lower-carbon sources, gas turbines are becoming increasingly important,” said Linda Rae, General Manager of GE Digital’s Power Generation and Oil & Gas business.
“While they are a better alternative to coal, they can be improved with software.” Autonomous Tuning and other digital solutions are no longer optional. The energy transition necessitates the use of all efficiency measures.”

According to GE Digital, users of the software will have a lower total cost of ownership and greater operational flexibility with their turbines. They also stated that increased productivity from the turbines “can result in payback in less than one year.”

According to the company’s announcement on Thursday, the new software will benefit power generators “located in highly regulated regions or with constrained emissions, such as Europe, the United States, and Canada, or in any location that does not have consistent weather patterns.”

According to GE Digital, the software will specifically assist power plants “subject to fuel-quality variability issues or sites looking to reduce their Operations & Maintenance (O&M) cost by reducing manual tuning and fuel consumption. Customers will benefit from full-service deployment of the on-premises solution as well as software calibration to run autonomously without the intervention of plant personnel.”

With the implementation of reliability-centered maintenance (RCM), Aboitiz Power has made significant strides in its digital transformation and energy optimization journey. Learn how Aboitiz Power is implementing predictive maintenance strategies and meeting availability and reliability targets at its Davao Therma South coal plant by leveraging industrial AI.

Energy companies are continuing to work on optimizing the power grid as part of their efforts to support the integration of renewables and ensure the reliable delivery of electricity.

Such systems are part of the digital transformation of power generation, bringing increased flexibility to the power supply, allowing for faster power restoration after outages, increasing the efficiency of power transmission and distribution, and allowing for greater use of distributed energy resources (DERs). Grid management technique research and development are expanding as utilities seek better ways to meet customer expectations for reliability, improve power quality and data security, and make the grid more resilient to natural disasters and other threats.

GE Digital is the most recent company to release a new tool; on July 22, the company announced the release of its Advanced Distribution Management Solution (ADMS), which “enables safe and secure management and orchestration of the electricity distribution grid” while also delivering “reliability, productivity, and efficiency through a modular architecture, adaptive algorithms, and predictive analytics for autonomous and optimized distribution grid and renewables.”

5 Essential Accessories For Your Nikon Or Canon DSLR Camera 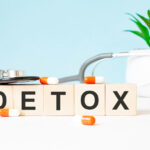 Next Article Your Comprehensive Guide to Heavy Metal Detox

Best Notepad++ plugins that you must have in 2021

Post Views: 668 Best Notepad++ plugins ,Notepad++ is one of the best HTML editors. You can use Notepad++ for editing your code at an extensive […]

How to create a successful online business through mobile apps

Post Views: 91 One of the key reasons for the enormous growth of hand-held devices, especially smartphones, is the availability of different mobile apps offering […]

Best IT Support in the UK

Post Views: 60 When it comes to finding the best IT support in the UK, it’s important to choose a company that is comprehensive and […]