What can 3D measurement do in prodution

3D measurement opens up many possibilities. Just imagine, for everything that can be found in the real world, you can get a digital model in just a few minutes.

Every day, thousands of companies use 3D measurement software to:

This is not science fiction. 3D measuring scanners and related software are now available to many. Scanners are fast, inexpensive and very accurate in measurements. Processing software is more automated, gives better results and works faster than ever before

What are 3D measuring scanners?

There are many different devices that can be called 3D measuring scanners. Any device that measures details in the real world using lasers, light sources, or X-rays and generates point clouds or polygon meshes can be considered a 3D scanner. They go by various names, including 3D digitizers, laser scanners, white light scanners, industrial CT (computed tomography), LIDAR, and others. The common unifying factor of all these devices is that they capture the geometry of physical objects with hundreds of thousands or millions of dimensions. In addition, They can also be called optical measuring machines.

Why do you need software?

Because scanners collect huge amounts of data, special reverse engineering software such as Geomagic is needed to convert the data into something usable by other software. Depending on what the scan data will be used for, Geomagic can do many different things with it. The most common applications are reverse engineering, geometry control, digital archiving, or 3D printing. Dedicated software like Geomagic is the fastest and easiest way to unlock your full potential.

How do 3D measurement methods work?

There are many different 3D measurement methods based on different visualization principles. In addition, some technologies are ideal for measuring small parts, while others are better for scanning medium to large dimensions.

Laser triangulation scanners use one or more laser lines to scan across an object. The sensor captures the radiation reflected from the object, and using trigonometric triangulation, the system calculates the distance from the object to the scanner.

Structured light scanners also use trigonometric triangulation, but instead of looking at laser light, these systems project a series of linear structures onto an object. Moreover, by examining the edges of each line in the pattern, they calculate the distance from the scanner to the surface of the object. Basically, instead of the camera seeing the laser line, it sees the edge of the projected pattern and calculates the distance in the same way.

Laser pulse scanners, also known as time-of-flight scanners, are based on a very simple concept: the speed of light is measured very precisely, so if we know how long it takes for a laser to reach an object and bounce back into the sensor, we know how far this object is located. These systems use picosecond-accurate circuitry to measure the time it takes millions of laser pulses to return to the sensor and calculate the distance. By rotating the laser and sensor (usually through a mirror), the scanner can scan up to 360 degrees around itself.

Moreover, phase shift systems are another type of time-of-flight based 3D measuring technology. They work conceptually similar to pulse-based systems. In addition to pulsing the laser, these systems also modulate the power of the beam, and the scanner compares the phase of the laser sent and then returned to the sensor. The phase shift measurement is more accurate, resulting in a more accurate result. 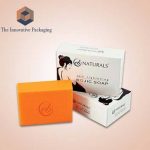 Previous Article Why custom soap boxes are necessary for your soap branding? 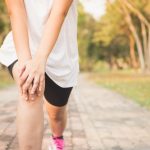 The Basics of the Blockchain dApp Development Process

Post Views: 184 Do you recall the last time you used a dApp? Most of us have no idea what a dApp is or how […]

How To View Blocked Contacts On Your Iphone For Different Apps?

Post Views: 93 Whether you are tired of having unsolicited mail calls from a range of you don’t recognize, otherwise you want to sooner or […]

How To Host An Online Event In 9 Steps?

Post Views: 144 From virtual culminations to webinar hosting, an online event platform has proved to be tremendously flexible. They can be used to promote, […]

Post Views: 97 The development of software for business is a crucial task. That is why business leaders or entrepreneurs must choose the right company […]